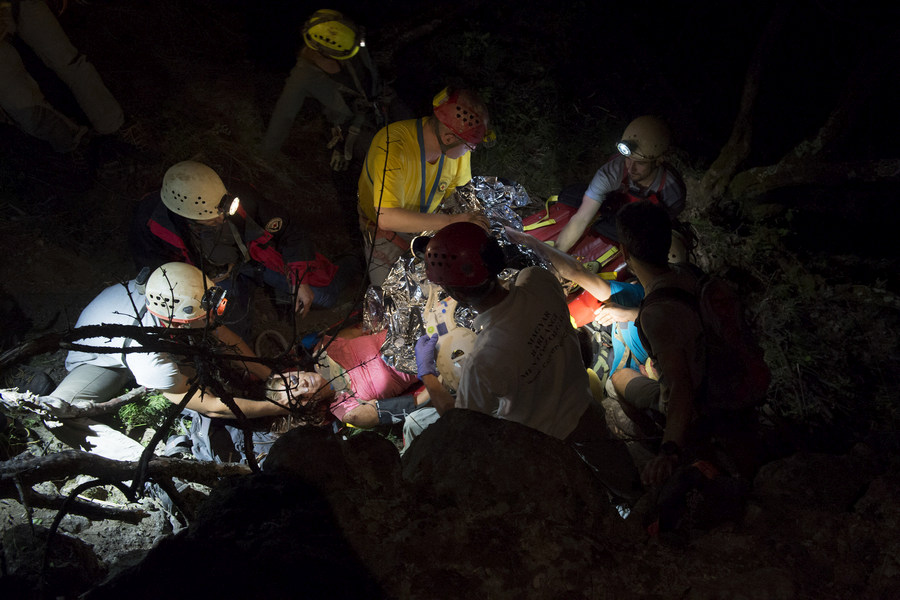 On the night of 16th of August 2016 a call out came to the HQ of the Hungarian Cave Rescue Service that a  31-year-old lady fell to from the ridge about 20 meters, in  the Pilis Mountains (click here for the map). ). Her companions told us, that she fainted immediately, but were already somewhat conscious, having waist, shoulders, chest pain. She has fallen in an app. 60-degree slope, fell down, repeatedly punched her head, chest and pelvis.

The the National Ambulance Service immediately provided a vehicle marked signs  which transported  part of the equipment, as well as cave rescue members to the scene from the Budapest base. At The site forest patrols from  Pilismarót waited us, they knew which road to take with off-road vehicles that took us closest to the victim. This was a great help to us, saved valuable time, just as nine days earlier in a similar accident. From the vehicles there were more than 1 km and 220m elevation to climb before we reached the ridge, from where the injured fell down. 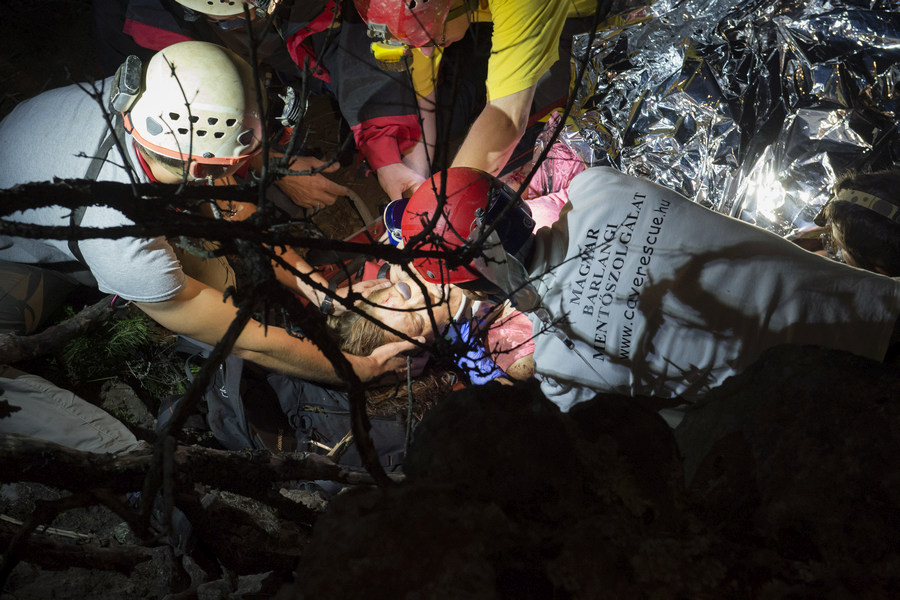 Rescue Members arrived at 9 pm.  to the site,  after a short briefing – started to climb the difficult terrain with all the equipment. They reached the victim in 50 minutes. The injured lay about 40 meters below the ridge between very steep hillside stones.

The Immediate medical attention was greatly hindered by the terrain, there was no  horizontal ledge nearby where the victim could be transferred. Fast medical check showed multiple accidental trauma: revealed a skull fracture, suspected cervical, thoracic, lumbar spine injury, shoulder injury, but intact lower limbs. The circulation was difficult due to the victim’s hypothermia.

In the 30 minute emergency attention infusion and pain relievers were given to the injured. After the medical attention the victim was transferred to the special Cave rescue stretcher. This operation was not easy, 2 cave rescue members laid on the slop beneath the stretcher to give somewhat horizontal sense to the stretcher.

Medical care was provided by two doctors of the Cave Rescue Service. After the stretcher was pulled to the ridge with an installed rope system. From here we started the transport of the stretcher on marked tourist trails. The most difficult and slippery sections were taken by hand - to hand transport. Arriving to the off-road vehicles the rain started to fall, making progress more difficult, but by midnight the victim reached the vehicles. The National Ambulance Service waiting in the valley received the victim at half past midnight.

In the hospital she was diagnosed with skull fracture, rib fractures series and down body fractures. We hope the injured lady will get better soon. 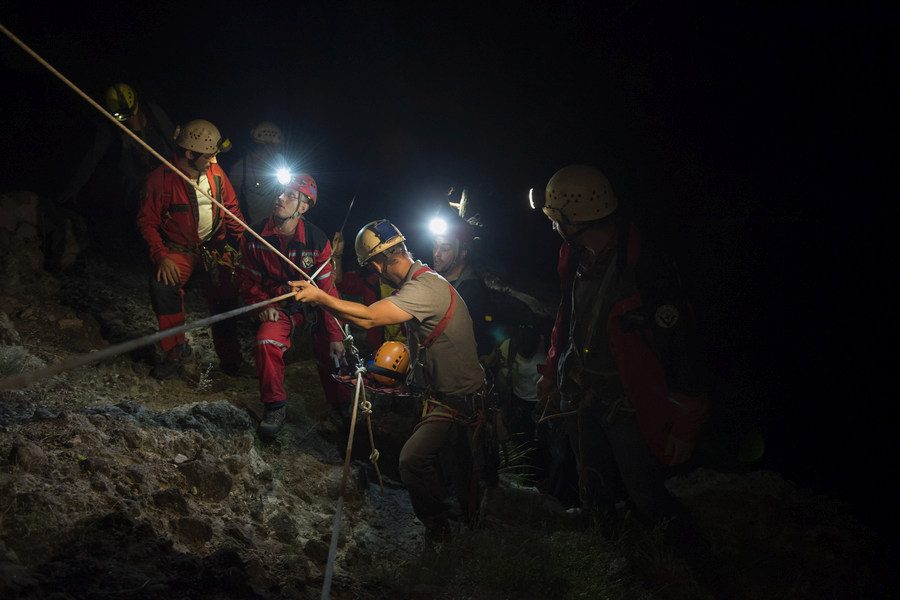 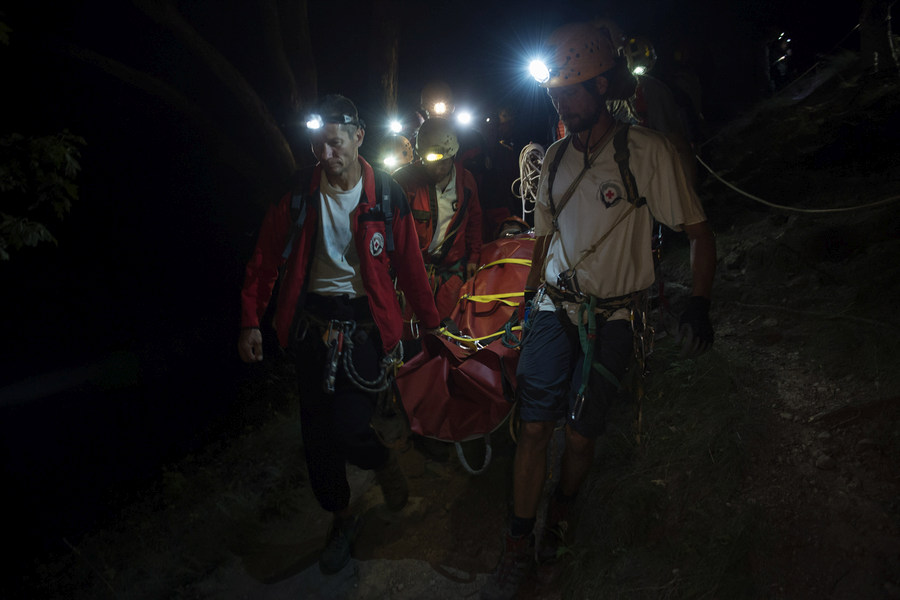