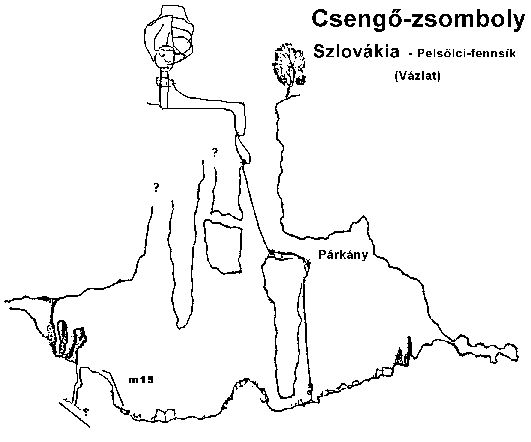 The Hungarian Cave Rescue Service received a call out on the 6th of November, 2015, Friday afternoon that an accident happened in Csengő pothole (Bell-cave) lying in Slovakia Plešivecká plateau (near Roznava). Three Hungarian individuals (industrial alpinists, who did not have the technical qualifications for vertical caving) descended into the cave without official permit and not under organized circumstances. They allegedly wanted to spend more days in the cave.

The pothole starts with a large, hundred-meter deep vertical shaft, where a larger ledge can be found at-60 meters. The bottom of the cave is a vast, fragmented gallery.

Descending, Mr. B.G. (36 years old) went first, installing the ropes in the cave. Halfway through the shaft on the ledge (supposedly due to saving some rope) he did not install a belay line and walked through the ledge without any belay.

He slipped of the ledge where he could not hold on and fell to the bottom. Since the ropes for the lower section were attached to him, his two fellows did not have enough rope to be able to descend to him, thus they rushed to the surface and informed the Hungarian Cave Rescue Service. 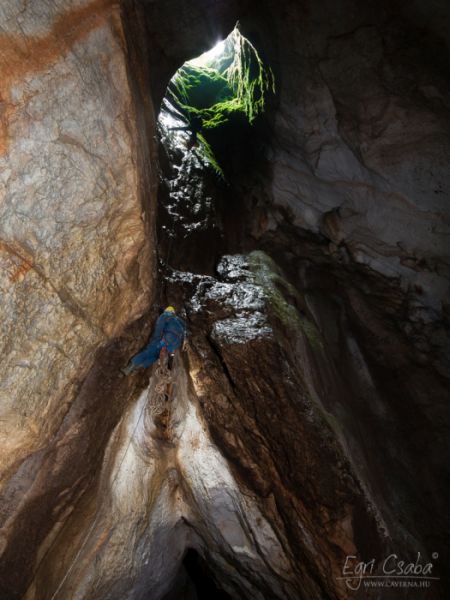 After receiving the alarm, The Hungarian Cave Rescue Service notified the Slovak Cave and Mountain Rescue Service immediately and made a standby call out to its own members. A three member Hungarian rescue team were sent to the scene, more for diplomatic reasons. The arriving Slovak Cave rescue team rigged the cave safely and descended to the bottom, but unfortunately they could only determine the status of death. In the 40 meters (12 floors) fall the unfortunate young man was killed instantly. The body was transported to the surface with a rescue rope system. It reached the entrance of the pothole in the early morning hours.

The Hungarian Cave Rescue Service, Hungarian cave exploration organizations and Hungarian caving instructors are deeply shocked by the tragedy, and expressed their condolences.

However, we all would like to point out that we dissociate ourselves from visiting caves without official permits, without proper training and equipment.

News can be found on the website of the Slovak Cavel Rescue Service by clicking here.